How we change the world

More specifically, to qualify as a Green Swan a solution or shift should be:

In addition, Green Swan solutions need to be: 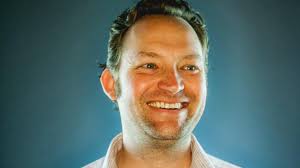 “Volans is an impact-first business—and, in that spirit, the Observatory is designed to promote and enable systemic change, transformation, and regeneration. When we announced the “product recall” of the Triple Bottom Line in 2018, through Harvard Business Review, it was because of a concern that the TBL was too often leading to trade-offs rather than the development of genuinely integrated solutions.

In developing our Tomorrow’s Capitalism Inquiry and the linked book Green Swans, we concluded that too much sustainability thinking was incremental rather than exponential—and too often reframed as part of a ‘Responsibility’ agenda. A necessary—but far from sufficient—condition for long-term, systemic success. Instead, as the Responsibility agenda expands true leadership will increasingly embrace the linked ‘Resilience’ and ‘Regeneration’ agendas. So our original ‘3P’ agenda of People, Planet, and Profit (or Prosperity) stepped up to the ‘3Rs’. The only way to ensure resilience across our economic, social, political, and environmental systems, we conclude, is to regenerate them. Our agenda was trailed during Green Swans Day in June 2019, in the first Tomorrow’s Capitalism Forum in January 2020, and in our 2020 book Green Swans.

We're forcing the young to learn the language of impact.

Result: it's the next 'Big Thing' for business

Impact is now beyond a buzzword, it’s a growth industry – with a growing number of initiatives offering advice and support for those trying to find their way. Among them, the Impact Management Project (IMP), the Global Impact Investment Network (GIIN) and, perhaps inevitably, Toniic. Impact investment is now valued at more than $700 billion a year. One Green Swan outcome would be for the global stock market, valued at over $70 trillion in 2019, to embrace positive impact. But this is the beginning of an intense learning curve. Consider this: what sort of number or value should we put on Greta Thunberg’s impact?

SO, DO YOU SPEAK IMPACT?

“If you think you’re too small to have an impact, try going to bed with a mosquito,” quipped Anita Roddick, co-founder of The Body Shop International. 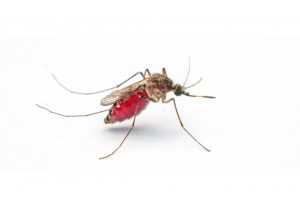 For businesspeople these days, an inability to speak the language of impact is a bit like an inability to speak some form of English. Not helpful. Unfair, certainly, at least in terms of the current predominance of the English language, but increasingly true of both “languages”. Use the word impact today, however, and many people will assume that you are talking about positive impacts

So the main focus is on how we can “replicate” or “scale” the processes that produce them. In that spirit, there is now Sir Ronald Cohen’s book, Impact. His philosophy may still seem far-fetched to some, but it is a clear pointer to the direction of travel in what he dubs the Impact Revolution. “We are moving towards a better and fairer world,” he concludes, “where markets drive doing good while making a profit.” To that end, he argues, “We must embrace measurable impact as a driver in every investment, business and policy decision we make. This is the ‘invisible heart of markets,’ guiding their ‘invisible hand.'” 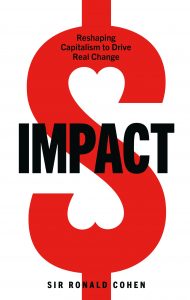 The global spread of the Impact Revolution has helped drive and mutate earlier trends around sustainability accounting, reporting and valuation, with growing emphasis on a model that runs from inputs through activities to outcomes and impacts.

Huge progress has been made, no question, though there has also been growing concern about the mismatch between the effort invested and actual outcomes and impacts achieved.

Our own “product recall” of the triple bottom line in 2018, via the Harvard Business Review, was an early warning signal, with the HBR also publishing Ken Pucker’s critique of sustainability reporting in 2021. The latter’s accusation: companies are confusing reporting with impact. But let’s not throw out babies with the bath water.

Growing flows of data, information and intelligence on the state of health of our economies, societies and environmental systems will be make-or-break as we move deeper into the twenty-first century. It’s exactly a decade since, in 2011, The Economist welcomed its audience to the Anthropocene, the first geological epoch where one species – our own – has planetary impacts equal to or greater than geological forces.

A planetary first – and a radically different reality that our political and governance systems, alongside most economists, are still struggling to grasp and address.

In the Anthropocene, we can no longer restrict our view of impact to that which we can see, but must assume responsibility for impacts and outcomes beyond our current horizons of space and time.

The Green Swans Observatory, launched by Volans as part of its ongoing Tomorrow’s Capitalism Inquiry, scans the world for emerging impact solutions that are fit for the future, indeed fit for the Anthropocene. Specifically, the Observatory seeks to accelerate the shift from Black Swan problems to Green Swan solutions.

In his 2007 book, The Black Swan, Nassim Nicholas Taleb defined “Black Swans” as events or trends that are unforeseen, coming out of the blue, have an off-the-scale impact, and are generally misunderstood afterwards – setting us up to fail again. Building on that definition, we see Black Swan outcomes like plastics in the ocean or the climate and biodiversity emergencies as trends that often take us exponentially where we don’t want to go, whereas “Green Swans” potentially take us exponentially where we do want to go. 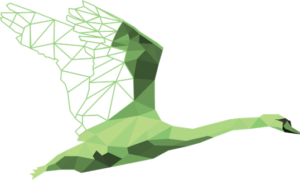 A Green Swan solution – or transformation – should be:

In addition, Green Swan solutions are: 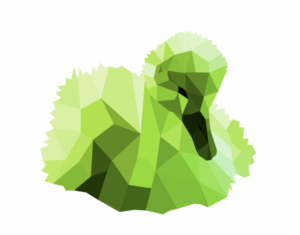 Sometimes the easiest way to detect Green Swan trends is to spot and track the individuals and organizations surfing the leading edge of the coming wave. So, for example, the building Impact Revolution (or Wave) has been heralded by people like  Greta Thunberg of Fridays for Future, James Thornton of ClientEarth and – in the business world people like Yvon Chouinard of Patagonia, interviewed in our “Meet the Regenerators” section. Companies like Apple and Walmart are also now publicly embracing regeneration.
This next generation of change agents aims to move the impact needle from negative to positive, of course, but also from incremental to exponential. So part of our future role must be to work out what happened when they did that – and how we can make it happen again, virtually on demand. Green-Swans-as-a-service?
To this end, we scan for “Ugly Ducklings”. As explained in Green Swans, an Ugly Duckling is:

an early-stage concept, mind-set, technology, or venture with the potential to become either a Black Swan (driven by ‘bad’ exponentials) or Green Swan (driven by ‘good’ exponentials). Its potential future evolution is very hard to detect early on, unless you know what you are looking for. Tomorrow’s breakthrough solutions often look seriously weird today. The net result is that we give them significantly less attention and resources than they need – or than the future of the 2030s and beyond would want us to in hindsight.

Imagine there was an Ugly Duckling Award. We’re working on it. Send us your suggestions and nominations, ideally with your reasons why you think a particular Ugly Duckling in today’s world has the potential to drive Green Swan outcomes in tomorrow’s.

Getting our heads around impact
SWANS HERALD PARADIGM SHIFT

A perspective from Paul Bunje, a founder of Conservation X Labs, former Chief Scientist with the XPRIZE Foundation, and a Volans Board Member

Much of this framework feels like Game Theory to me, specifically a Hawk/Dove dichotomy. I say this because I think there is an overabundance of emphasis on the BlackSwan/NetZero outcomes for any deviation in the status quo. We (especially Anglo-Americans) tend to fixate on the negative consequences of innovation and progress. And, frankly, I think our socio-political system biases in favor of those Hawks that can capitalize on change by monopolizing resources and benefits.

BUT, while we are constantly looking out for the negative outcomes of progress, the true arc of history does indeed point towards justice. The Green Swans are, in my estimation, the true future. There are more of them in nascent form than it is possible to count. And while most will not last long, there is almost no growth in business/tech/social models that do not incorporate and emphasize sustainability and justice.

It’s always easier to win as a Hawk in the short term. But Doves re-define the market environment and have substantially more staying power and influence. While I question the idea that Black Swans are more successful, as this could simply be cognitive bias towards the shockingly negative, even if such events have a higher percentage of success at changing a system than Green Swans, the size of the system shrinks whereas Green Swans can grow opportunity.

This still feels like a Kuhnian period to me. And as Kuhn notes, the paradigm shifts don’t happen as a result of singular insight, but rather the overwhelming weight of failure in the existing paradigm (massive disproof in the Popper tradition). The abundance of data simply do not support the old paradigm. What emerges from such a period are the novel solutions/explanations/paradigms that simply fit the data better, and an exponential leap - a paradigm shift - emerges.

To me, the Green Swans fit the data better.