Without money, there will be little or no progress on the regeneration of cities, the electric power sector or the food nexus. Even government policy initiatives like the EU’s Green Deal and America’s “Green New Deal” will stall if they fail to attract sufficient financial support – or slow if they are financed by bond and other debt instruments that are heavily invested in the old, degenerative economy. So what sorts of money and finance are now needed to grow the Regenerative Economy?

The ESG agenda may have swept the financial sector in recent times, but most activity in this space remains incremental and palliative.

HOW DOES OUR FINANCIAL FUTURE LOOK THROUGH THE BLACK SWAN LENS?

The future may well come to see the climate bubble as the biggest Ponzi scheme of all time, with current generations defrauding future generations of countless trillions by destabilizing the atmosphere and biosphere.

Meanwhile, we are increasingly clear on what needs to be done and on how much it will cost. We are told, for example, that there is currently a $700bn-a-year gap between what we are spending on nature-based solutions and what we should be spending. One more example of the scale of the economic and financial challenges we face as we tackle the climate and biodiversity emergencies.

WHAT IS ‘SUSTAINABLE FINANCE’?

The European Union has published useful overviews and guides defining and mapping the field. Here’s how it explains what the sustainable finance field involves:

Sustainable finance generally refers to the process of taking due account of environmental, social and governance (ESG) considerations when making investment decisions in the financial sector, leading to increased longer-term investments into sustainable economic activities and projects. More specifically, environmental considerations may refer to climate change mitigation and adaptation, as well as the environment more broadly, such as the preservation of biodiversity, pollution prevention and circular economy. Social considerations may refer to issues of inequality, inclusiveness, labour relations, investment in human capital and communities, as well as human rights issues. The governance of public and private institutions, including management structures, employee relations and executive remuneration, plays a fundamental role in ensuring the inclusion of social and environmental considerations in the decision-making process.

HOW DOES OUR FINANCIAL FUTURE LOOK THROUGH THE GREEN SWAN LENS

The jury is out on what sort of long-term impact the new wave of ESG funds and initiatives will make, but early signs are far from encouraging. The impact investment sector, on the other hand, has made major strides, breaching the $700 billion mark – but remains relatively inconsequential compared to the trillions of dollars sluicing around the global economy. That said, all great things start small.

Will the scaling of genuinely responsible, resilient and regenerative forms of investment take us to a Regenerative Economy or will mainstreaming dilute the spirit, ambition and impact of the investments made?

Key to this outcome will be whether growing competition spurs a race to the top – or to the bottom.

In 2017 Volans worked with the Business & Sustainable Development Commission (BCSD) on a study of the markets likely to be driven by efforts to implement the UN Global Goals. Among the conclusions:

“Sustainable business models could open economic opportunities worth up to US$12 trillion and increase employment by up to 380 million jobs by 2030. Putting the Sustainable Development Goals, or Global Goals, at the heart of the world’s economic strategy could unleash a step-change in growth and productivity, with an investment boom in sustainable infrastructure as a critical driver. However, this will not happen without radical change in the business and investment community. Real leadership is needed for the private sector to become a trusted partner in working with government and civil society to fix the economy.

Beyond the US$12 trillion directly estimated, conservative analysis shows potential for an additional US$8 trillion of value creation across the wider economy if companies embed the Global Goals in their strategies.“

THE ROLE OF GOVERNMENT IN DRIVING THE NECESSARY SYSTEM CHANGES

The role of government is central, in both obvious and non-obvious ways. Just as we try to contain nuclear fission processes with layers of concrete and lead, or to contain fusion reactions with magnetic fields, so the destructive power of capitalism must be contained and constrained by well-enforced laws, widely accepted standards, and deep-rooted values to stop it from blowing up in our faces. In the same spirit, if our economies are to become more regenerative policy-makers must increasingly impose related values and priorities on all critical sectors – among them our cities, electricity and food systems.

Hailed as the next Big Thing – cryptocurrencies have been in the spotlight for a while – and may yet prove their worth. The idea of currencies with a memory of what they have been us ed for, and affording unprecedented levels of market transparency, is attractive to those battling fraud and corruption. But we are likely to see an arms race between transparent and “dark” currencies. And, meanwhile, there is a huge shadow over Bitcoin’s future: 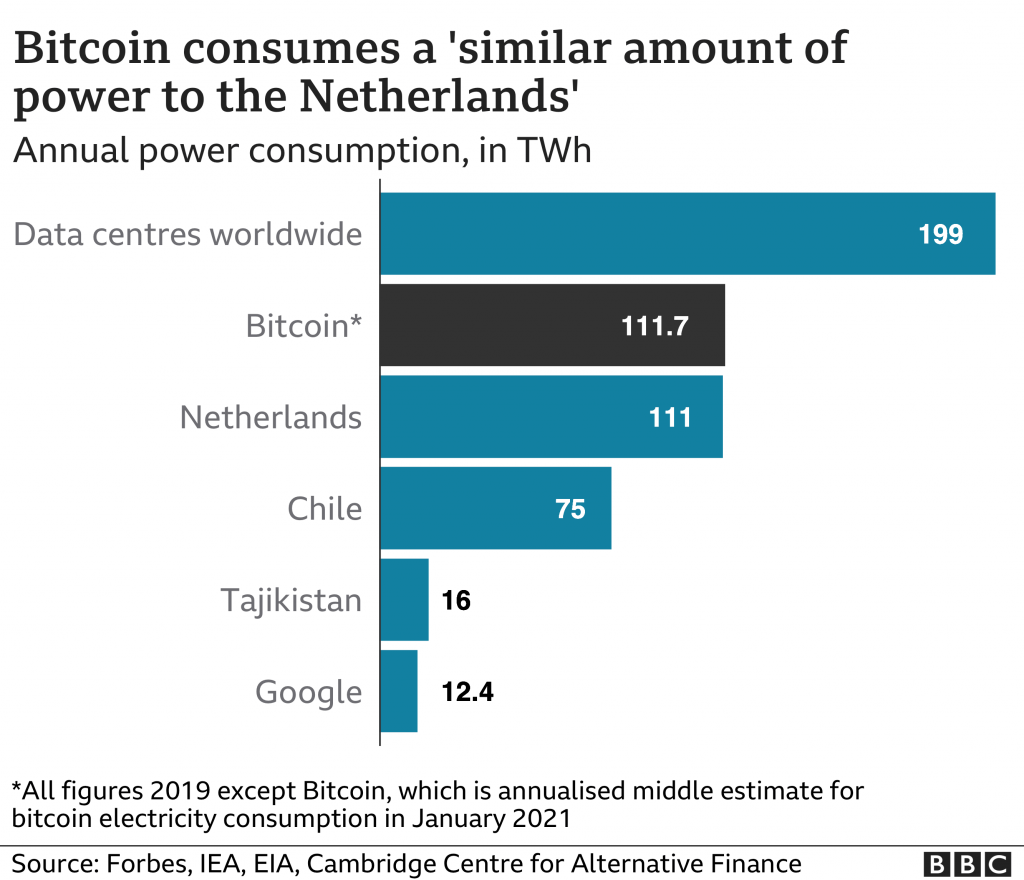 “The Bitcoin algorithm demands increasing amounts of computational power to validate transactions. If it were a country, its annualized estimated carbon footprint would be comparable to New Zealand at about 37 million tons of carbon dioxide. One Bitcoin transaction would generate the CO2 equivalent to 706,765 swipes of a Visa credit card, according to Digiconomist’s closely-followed index, albeit with none of the convenience of plastic. Add in Bitcoin’s primary use as a speculative instrument and the frequent regulatory warnings it draws, and it’s hard to imagine it ever scoring high on ESG.”

As part of the Green Swans Observatory Volans will work with leaders in the sector to reimagine the future. Her are some of the questions we will be investigating:

2. More problematic still, how long is it before the carbon bubble implodes?

3. Can investors avoid another blood-bath with “cleantech 2.0” markets?

5. How might we shift capital from degenerative business models to regenerative ones?

6. And how can we mobilize and spend the necessary trillions?

Green Swans land in the world of central banks

Ahead of 2021’s G7 summit, the Bank for International Settlements, Bank of France, International Monetary Fund and Network for Greening the Financial System co-sponsored an invitation-only virtual conference on the question: “How in practice can the financial sector take immediate action against climate change-related risks?”

Building on the 2020 BIS report, The Green Swan: Central Banking and Financial Stability in the Age of Climate Change, the event gathered the four heads of the co-sponsoring organisations, three Nobel Laureates, 15+ current and former central bank Governors and top executives, 25+ senior policymakers and official sector experts, 20+ prominent academics and 25+ senior executives and CEOs from the private sector.

NOTE: while BIS sees Green Swans as solutions to climate challenges that could be described as Black Swans, Volans has always seen them as broader—indeed embracing solutions to any or all of the UN Sustainable Development Goals. Done in the right way, all such solutions will, at worst, not slow progress on the climate emergency, and at best they will become wider, systemic solutions to the crisis.

BIS adopts a narrower definition of Green Swan solutions than we do, focusing entirely on responses to climate risks, but theirs is a powerful and complementary initiative. It is also timely in a year which will see a series of major international events (G7, G20, COP15 on biodiversity, COP26 on climate) tackling key elements of the Green Swans political agenda.