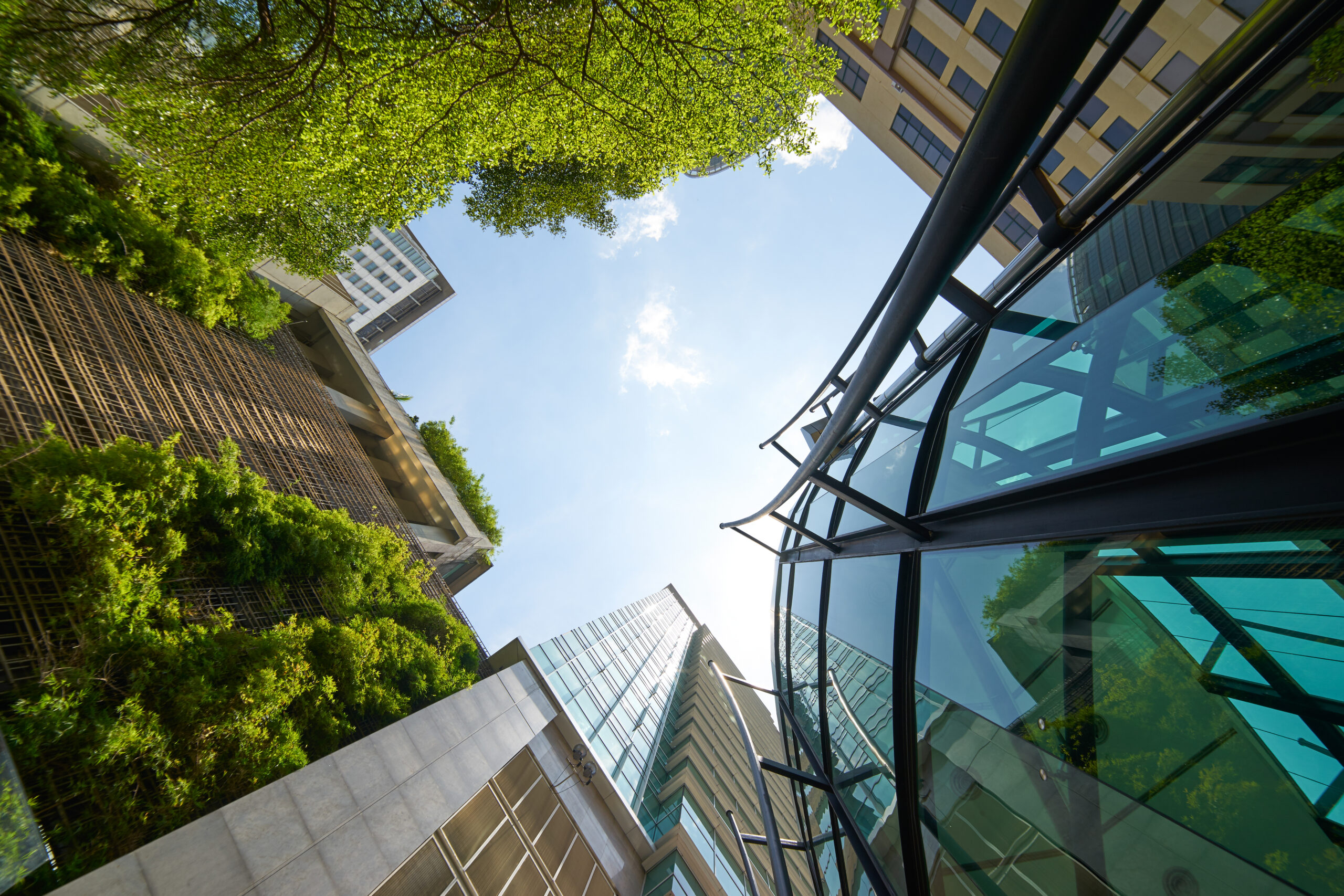 Urban Regeneration for the 22nd Century

Cities are where most of us now live, where most major decisions are taken, where most of the world’s greenhouse gas emissions originate from, and where the future of our civilization is likely to be decided. Cities may make some of our activities more resource-efficient over time, but the cities-as-usual mindset ultimately could bring our civilization down.

The future lies in regenerating – and regenerative – cities.

WHAT DOES OUR URBAN FUTURE LOOK LIKE THROUGH THE BLACK SWAN LENS?

Not good. Ironically, early ecologists – Howard and Eugene Odum – broke new ground by comparing the energy and material flows in our cities to those in coral reefs. Over time, our urban lifestyles and economies conspired to warm the atmosphere and acidify the oceans. One unexpected – but not unpredicted – result has been the growing destruction of many of the world’s best-known reefs. Now the urban reefs in which most of us live are threatened by trends like sea-level rise. Current maps of the drowned cities suggest that Asia will be hardest hit.

As a result coastal living is now becoming a liability. The impact of sea-level rise could end up costing us trillions of dollars a year in damages by 2100. For a powerful sense of how all of this might play out, read at Kim Stanley Robinson’s extraordinary novel, New York 2140.

Cities may have helped us escape from the grinding conditions of the Stone Age, but they are now at the heart of most of our Black Swan challenges. They have been the engines driving population growth and they now help spread high consumption lifestyles. In the process, almost literally, they could eventually prove to be the end of us.

HOW DOES OUR URBAN FUTURE LOOK THROUGH A GREEN SWAN LENS?

Cities are bustling with solutions and entrepreneurship and our cities are where regeneration will take strongest root. Urban regenerators are going to have to rethink and retool, no longer focusing simply on squeezing more people into cities but on creating the conditions for regeneration of economies, societies and biosphere.

Much of the United Nations system now labors to make the world’s cities more liveable, including UNDP, UNEP and WHO, and many more organizations and networks are springing up to tackle linked challenges. In the end, however, much of this boils down to politics, and to the role of mayors and urban administrations.

WHO IS WORKING TO TRACK – AND ACCELERATE – THOSE ENCOURAGING TRENDS?

New science is evolving around our cities, including the work of Geoffrey West while with the Santa Fe Institute. His book Scale is a masterclass in how a scientific understanding of cities can uncover unexpected aspects of their metabolisms that point the way to healthier and more resource-efficient settlements. Listen to him explain his approach.

Cities have started joining forces to tackle their challenges and take bold action, forming networks like C40 Cities and the Compact and Covenant of Mayors. Representing 700+ million citizens, and one quarter of the global economy, the mayors of C40 cities are committed to delivering on the goals of the Paris Agreement at the local level.

Biomimicry
Designing cities by using the principles of nature, cities that are increasingly indistinguishable from their ecological background.

Circular cities
a meme launched by the Ellen MacArthur Foundation, and being implemented around the world. We are working with the Circular Cities Coalition.

Smart Surfaces Coalition, committed to the rapid, cost-effective global adoption of smart surfaces to enable cities to thrive despite climate threats. We are represented on the SSC advisory board.

Volans is exploring with Acciona the regenerative infrastructures needed for tomorrow’s cities. 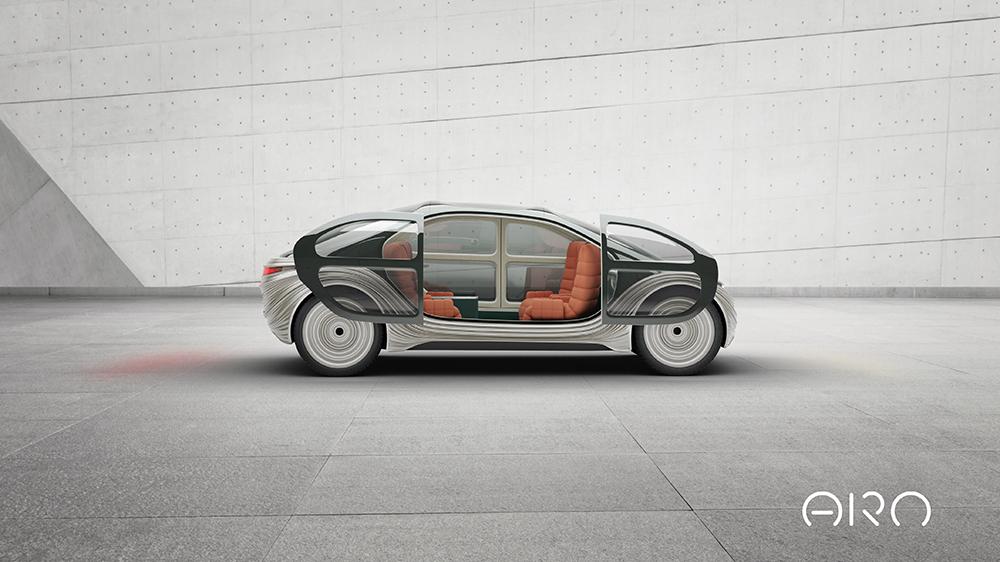 Electric vehicles are a stepping-stone towards Net Zero carbon emissions, as long they are powered by renewable energy and their materials are fully part of the circular economy. But this is the first EV that we have seen, albeit still at the concept stage, that aims to play into the Regenerative Economy.

Launched at the Shanghai Motor Show in April 2021, it was introduced as follows:

“Designed for IM Motors, Airo is a fully electric vehicle with autonomous and driver-controlled modes. It will run on electric power, producing no fossil fuel pollutants as it moves around the city. But the car goes further in its environmental ambition as it’s also equipped with a state-of-the-art HEPA filtering system that actively cleans the air from the pollution of other vehicles as it passes through the under-carriage, leaving the air around it cleaner.”

London National Park City, which aims to make the city the world’s first urban national park defined as: “a large urban area that is managed and semi-protected through both formal and informal means to enhance the natural capital of its living landscape. A defining feature is the widespread and significant commitment of residents, visitors and decision-makers to allow natural processes to provide a foundation for a better quality of life”.

This idea may be something of an Ugly Duckling at the moment, but if the idea was adopted by cities worldwide the impact could be immense, both in terms of reining in climate change, promoting urban biodiversity or improving public health and wellbeing.

Janine Benyus of Biomimicry 3.8 imagines a future where cities are not only more resilient because of the growing integration of biomimicry principles into their design and operation, but where they become increasingly indistinguishable from their ecological background. In the same way that modern sanitation systems would have seemed like science fiction a couple of hundred years ago, perhaps this is the shape of cities to come?

As part of the Green Swans Observatory Volans will work with leaders in the sector to reimagine the future. Here are some of the questions we will be investigating:

1. How do city mayors see Black or Green Swan trends impacting their cities?

2. What would a regenerative city or urban region look like?

3. Which activities or areas might be catalytic places to begin—for example the promotion of walking and cycling?

5. Which cities might be the benchmarks in urban design and regeneration?

6. What balance should we strike between public and private sector provision, financing and ownership of regenerative infrastructures?

James Ehrlich, Founder of Regen Villages joins John Elkington as part of the Green Swan Observatory. Watch the summary to learn more about regenerative villages, sustainable communities and the business model that could make these communities an everyday reality. Regen Villages build regenerative and resilient residential communities with integrated critical life support systems of food, water, energy and waste-to-resource management as amenities at the neighbourhood scale.